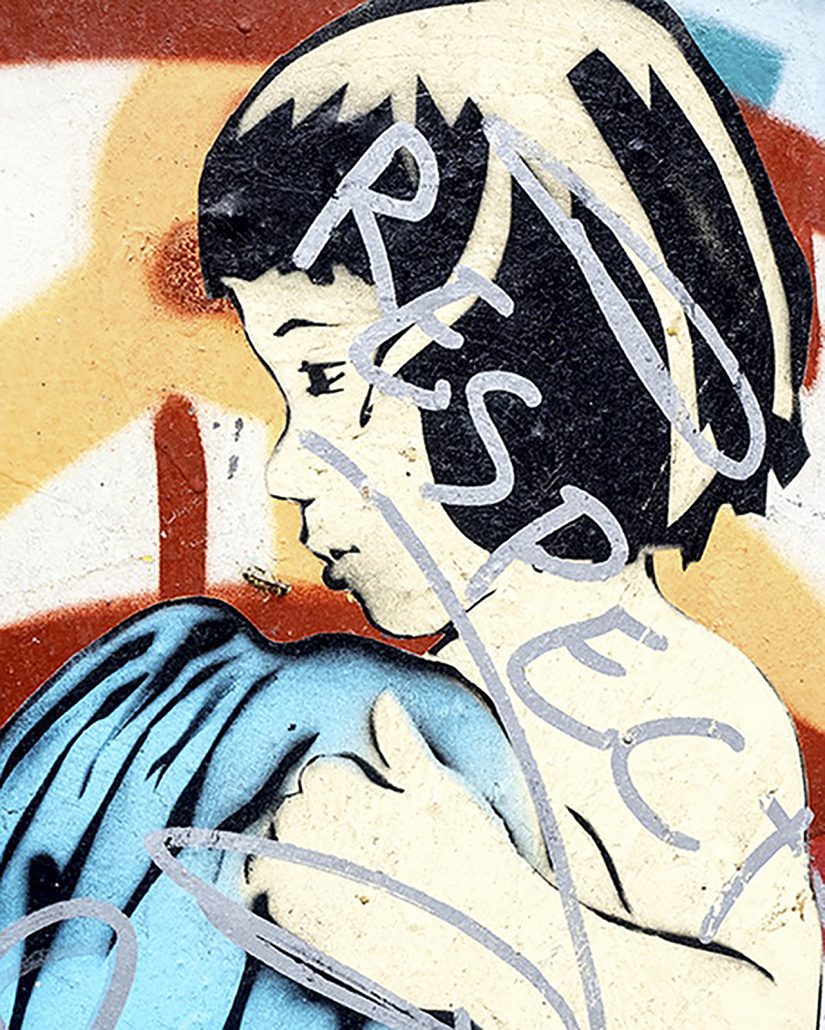 I donated this piece to the Nasty Women Show at Helmuth Projects:

“Nasty Women,” of course, references the #nastywoman hashtags, t-shirts and feminist battle cries after Trump publicly called Hillary Clinton “a nasty woman” during the final presidential debate. Jackson tagged artists and curators she knew, and soon Nasty Women-themed art shows began to be planned nationally and internationally around inauguration day. At press time, shows in 22 different locations had been planned.

San Diego-based Barbara Smith and Sasha Koozel Reibstein were among the artists and curators Jackson tagged in her Facebook post. With curator Kara West and artist/curator Tara Centybear, the four began to organize San Diego’s own Nasty Women exhibition at Helmuth Projects (1827 5th Ave.) in Bankers Hill. The show opens with a reception from 2 to 8 p.m and will be held the same day as the Women’s March on Jan. 21. The show closes Jan. 28.

Image courtesy of the artist

Smith, Reibstein, West and Centybear said they wanted to bring this show to San Diego because it felt like the proper way, as artists, to respond to what they felt were disappointing election results.

“We all had a skill set that we could bring to make something tangible,” West says. “I went to a march a week after the election and… I just wanted to do more.”

One-hundred percent of art sales at the show will benefit Planned Parenthood, The San Diego LGBT Community Center and La Maestra Community Health Centers. The organizers picked organizations that support communities they consider to be threatened by the Trump administration.

In their search for a venue, the organizers settled on Helmuth Projects, an art space run by Josh Pavlick, for a couple reasons: Pavlick was able to accommodate them on short notice—Helmuth was in between shows—and also because he was supportive of it being a fundraiser. Pavlick is not asking for any monetary compensation in return for hosting the show.

“It feels good to be able to do anything in these crazy times,” Pavlick says. “I said yes immediately because it’s an important thing to have your voice heard at a time like this.”

“There’s definitely grandmothers who make work in their spare time and people who are exhibiting in museums internationally,” says Reibstein of the more than 40 received submissions. “I’ve gotten a lot of questions from artists who are like, ‘does the work have to be about being a nasty woman?’ The answer is no. The idea is that you’re just a strong empowered woman and you make art, and so it’s about whatever you make art about.”

The show’s organizers hesitate to define the term “Nasty Woman.” However, they agree it’s an empowering term for strong, self-identifying women.

“As a woman—just even being a kid—you’re bossy. You’re not a leader, you’re crazy,” says Smith, who is also an organizer for the main show in New York City. “There’s always a negative spin that is rooted because your gender, and [Clinton] was just saying something. She was telling it like it was, being shameless about it and standing up to him and he couldn’t handle it, right? So that’s when he had to try and take a cheap shot and it backfired I think.”

The Helmuth show wasn’t the only one inspired by Trump’s nasty woman comment. Curator and artist Sean Brannan, who hosts showcases under the name Viz Cult, also hosted a Nasty Woman art show on Nov. 29, 2016 at BASIC Urban Kitchen + Bar, with 10 percent of proceeds donated to the ACLU.

Brannan and the Helmuth exhibition organizers were unaware of each other’s shows prior to the planning of their own Nasty Women event.

“It was more of a reaction to seeing a lot of the artists that I follow… embrace the nasty woman name,” says Brannan of his inspiration for the November showcase.

Brannan isn’t anticipating hosting another Nasty Women event, but the organizers at the Helmuth Projects exhibition are already looking beyond the Jan. 21st show. Reibstein is proposing a similar exhibition with an emphasis on ceramics in Pittsburgh with Jackson in 2018, and Smith sees potential in more international shows as their website (nastywomensandiego.org) gets hits from abroad.

“I also hope that it’ll connect more women in our town and hope that it can go forward from here,” West says. “I think it’s already giving me more hope… instead of just complaining and writing another Facebook post about whatever, this is an action you can follow through and there will be a result at the end that will help people for good.”