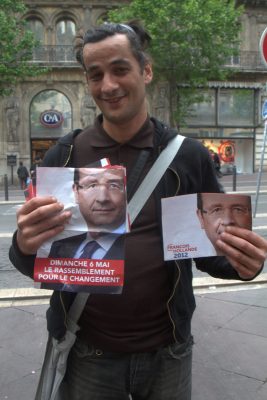 I am here in Marseille the weekend of historical presidential elections for the French people. It is also a 4 day weekend to celebrate the end of the second world war (May 8, 1945). This young man is trying to make me vote for Francois Hollande, the Socialist candidate who eventually won the elections. 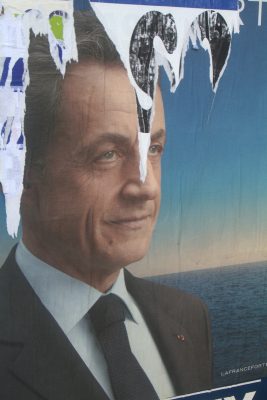 It was a very exciting time, both before and after the elections on Sunday. According to tradition, the day before the election was a day of reflection, with no mention of it in the media or in the streets. At exactly 8:00PM, the winner is announced. Then, what a clamor! The French people take their elections very seriously. Unfortunately for Mr. Sarkozy, his time is over as early as May 14th!